Travelling the Maritimes in Autumn

We were lucky to visit three of the Martime provinces on our trip in Canada.

What are the Maritime’s

The Maritime’s are three Eastern provinces in Canada on the Atlantic coast. They are Prince Edward Island (PEI), New Brunswick and Nova Scotia. We arrived in New Brunswick after leaving Quebec on October 27th and spent 10 days exploring them. The scenery and seafood in the Maritime’s is famous through Canada and during the summer months they get lots of visitors from all over the world.

Our first stop was Cap Pele where we stayed at the only RV resort still open, Silver Sands. We were the only visitors there and the owner was closing up at the end of the week so were fortunate the resort was still open. The cost per night for the four of us was $35 and we stayed 3 nights. We  visited the famous Moncton tidal bore and were lucky to see a surfer on it. 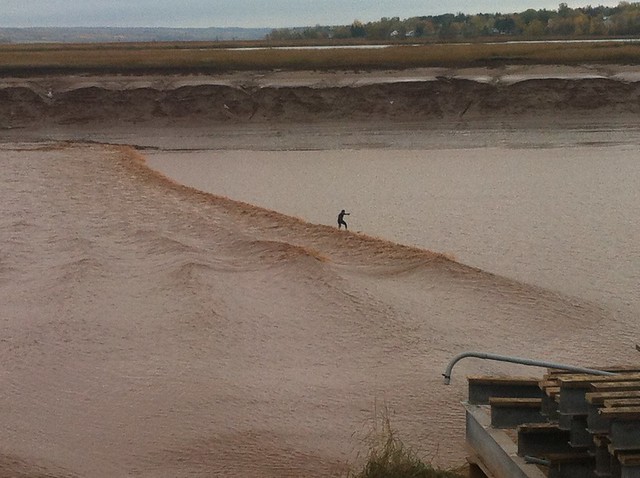 Afterwards we visited a local museum about the Arcadians. In the 1700’s Nova Scotia was first settled by the French and called Arcadia. When the British took over many French settlers were deported unless they signed an oath of allegiance to England. In recent years there has been a resurgence of Arcadian culture. After Moncton we briefly visited Sheliac where I had my photo taken with the largest lobster in Canada. 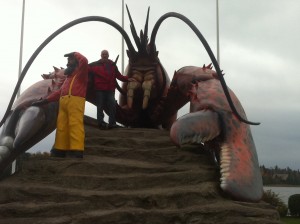 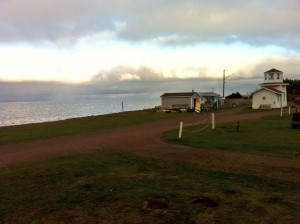 Our campground in NB with a view of the sea

The next day we visited PEI via the 15 km 1997 Confederation Bridge an impressive bit of engineering kit. There is a toll for cars coming back of C$45. We were extremely lucky with a beautiful autumn day of sunshine. As we had limited time we only visited capital Charlottetown and were lucky to visit Founders Hall on the last day it was open for the season and learnt about how Canada came into being. 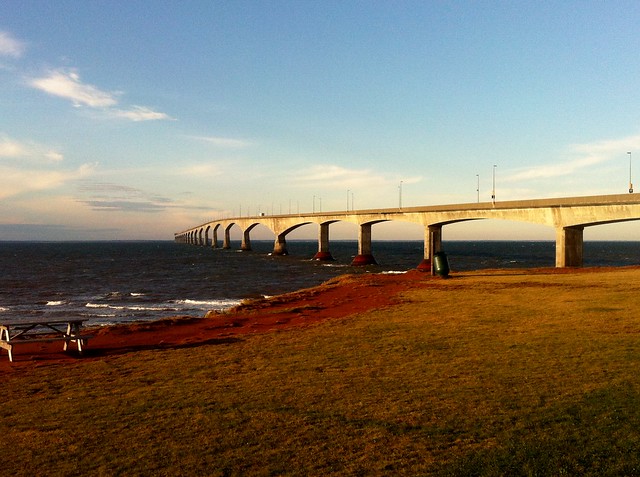 The first meeting to discuss confederation could have gone either way with no confederation. However, all the politicians hit it off with lots of parties and agreement that led eventually to the creation of Canada. It was by no means a smooth ride with PEI not joining till they got into financial trouble building a railway several years later. The house where they met, Province House is still there and was open to the public. It is due to close later this year for five years of renovation so we were lucky to see where the Confederation of Canada was born. I also enjoyed a PEI lobster lunch. 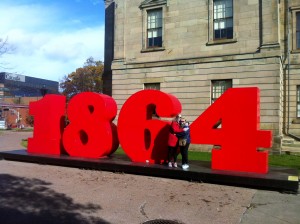 1864 when Confederacy meeting was held 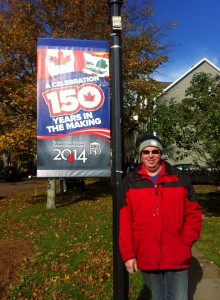 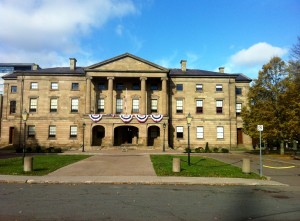 Province house where the Confederation began 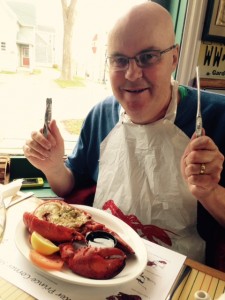 Even can afford the occasional lobster

The next day we left for Nova Scotia and drove to a campground just out of Truro which is the centre of Nova Scotia. We left Debbie’s folks and took the car to explore the South shore of the island heading for Lunenburg. The drive was lovely along the coast in autumnal sunshine. Lunenburg was a bit of a disappointment and we both preferred Malone Bay. Eventually we ended up staying at a Days Inn in Bridgewater for C$105. The next day was pouring with rain so we ended up driving through to Yarmouth with a few stops along the way to enjoy the scenery. Stayed at the Lake lawn motel in Yarmouth ($C100) and enjoyed the best breakfast I have had so far in Canada. The second day there was still rain with not many photo opportunities of the Bay of Fundy where the highest tides in the world take place. We ended up staying at a wonderful Bed and Breakfast in Middleton for C$65. 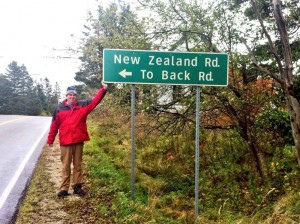 A bit of kiwi in Nova Scotia 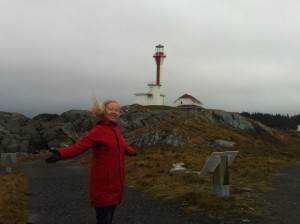 The third day we drove back to the campground with a stop to visit the Grand Pre site where French settlers lived. Grand Pre was where an early example of ethnic cleansing took place. The British took control of Arcadia and renamed the island Nova Scotia. The majority of french settlers were deported unless they signed an oath of allegiance to the British. The visitor centre was closed but it was nice to walk around and see the statutes and gardens. 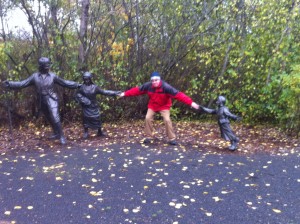 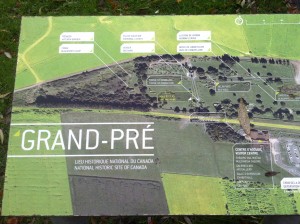 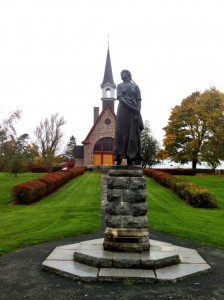 A big disappointment was visiting the Home of Ice Hockey in Windsor which was closed and looked decrepit. Surprised as it looks like no financial support is given to the attraction by any of the franchises or national hockey organisation.

On our last day in the Maritime’s we visited Halifax and Peggy’s Cove Lighthouse. The lighthouse was excellent with some great views. It was a great drive along the coast back to Halifax where we enjoyed a walk along the waterfront and visited the citadel overlooking the city. I again had lobster but it was not as delicious as the one on PEI. All in all we had a great time exploring the maritime’s and would like to come back and see it again in warmer weather. 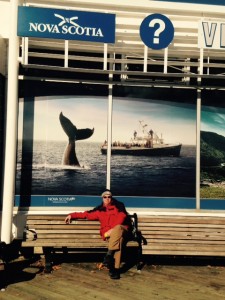 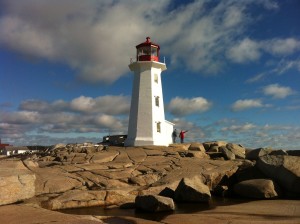 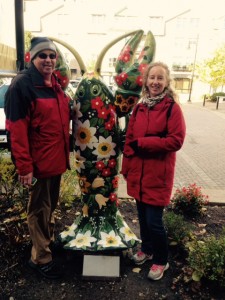 3 thoughts on “Travelling the Maritimes in Autumn”