The town of Beringe in Limburg

My father was from Beringe and ever since I was a kid growing up in Manurewa in New Zealand I had a fascination to see where he was born. Eventually after leaving school at 15, I saved for a couple of years and arrived in 1979. Over the years I have visited and lived in the small town of Helden-Beringe in the southern Netherlands province of Limburg.

My first visit to the town of Beringe in LImburg was at the age of 17 at Schiphol (which still looks the same today) at Xmas. I had my first encounter with snow and lots of it. I ended up working at Limoveld a steel manufacturing factory for a couple of years. Broke my hand in an accident, experienced a couple of carnivals and developed a life long love for frikandel, herring and cycling. Living now in England it is nice to be able to visit.

Beringe’s claims to fame is some of the best white asparagus in the world, Napoleon’s canal ends at Beringe. There are also held the Beringe Games with other towns in Europe with the same name, Germany, Belgium, Luxembourg and Switzerland.  I also have a lot of relatives living there including 3 aunts and 1 uncle and there sons and daughters and their sons and daughters. Last year I introduced my niece from New Zealand to Beringe. 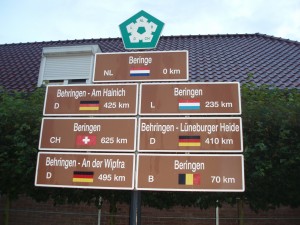 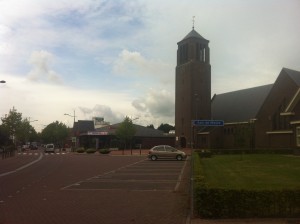 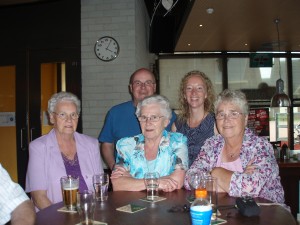 My three aunts with me and my wife 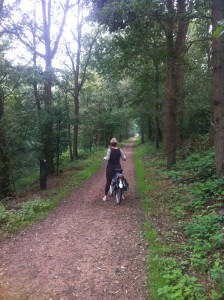 Lots to do around Beringe

Beringe is a great place to live and work. In summer the weather is beautiful and warm with lots of cycle tracks and the Groote Peel National Park nearby to explore. If you ever get the chance then do visit. Every year the Fiets4daagse de Peel is held at the end of July. It is a four day cycle festival held which is great fun to do for all ages.  It involves cycling sedately to cafes to eat cake and drink coffee. We celebrated the end of it one year by introducing my aunts friends to the joy of a Pimms on a hot July afternoon. It went down a treat as the drink is unknown in the Netherlands.

The other activity Limburg is famous for is how to celebrate Carnival. The South of Holland is definitely the place to be to enjoy carnival. The only drawback is that it is held in winter.