BA  loses my luggage and a week in Vancouver

The week started well as prior to our departure we spent a pleasant  few days in Pevensey Bay with the delightful raconteur Ken. We even managed to win a round at the local pub quiz. The Castle is a four hundred year old pub. We also did some lovely walks along the coast to Eastbourne and  had a lovely farewell barbecue with friends.

We had a comfortable 9 hours and 25 minute flight from Heathrow on British Airways to Vancouver. The only glitch was that my luggage did not arrive with me and after three days is still missing in action. (I finally got the suitcase 3 months later in London, Ontariro). BA gave me a £35 pound credit card to cover initial costs and from the counter clerks body language I suspected I never would see my suitcase again. Happily our two other suitcases made it. Unhappily the one that was lost is mine with all my clothes, toiletries, shoes and other articles. We leave tomorrow for the interior of British Columbia so not holding out much hope of my luggage getting to me before then.

Winning a bottle of wine at the Castle Hill Pub in Pevensey bay to the shock of the locals and ourselves!

My suitcase in the background disappeared

The first two nights we stayed with the lovely John and Pam in their condo in Steveston. The town is only a 15 minute drive from the airport as well as a fishing town it also does whale watching. Steveston was once the biggest cannery town in the world exporting sockeye salmon. After a hearty breakfast in Steveston we decided to educate ourselves about the town’s history and visited the oldest cannery in the area, the Gulf of Georgia Cannery. It was an interesting museum and highly recommended. It cost $7.80 each and included an excellent half hour guided tour. The Chinese and Japanese were heavily involved in work at the cannery which was not particularly a fun place to work with 16 hour days gutting sockeye salmon and canning them. The museum has recreated a cannery line and takes you through how it worked. We also did an extended tour of the later processing of Pacific herring for agricultural and other products. Apparently, unlike the Atlantic herring the Pacific herring tastes awful so there was no market for buying them to eat.

The Gulf of Georgia Cannery in Steveston

First day of selling sockeye salmon to the public

Our next stop Kelowna being pointed out

Could not resist taking a photo

Interestingly, we visited the town on the first day of the salmon season where fishermen were selling sockeye salmon for the grand sum of $20 each. A bargain judging by the number of people buying them. After wandering around the town we visited the Britannica Museum which consisted of the barracks where the Chinese and Japanese used to live and shipyards. We were lucky enough to get another guided tour around the Chinese barracks and hear about how hard the conditions were and the reasons they came to Canada to work and send money home. The museum is free to visit.

We then went out for a lovely sushi dinner with John and Pam and afterwards played a game of cribbage at their place where they soundly defeated us.

The next day we moved into central Vancouver staying with the lovely Elska and Patrick in their house near the Vancouver City Hall. They have a beautiful 1911 house. The day was a bit of a washout with rain so aside from venturing out to buy some toiletries the day was spent chatting and napping. Today we are heading off into town to Stanley Park and Granville Island. 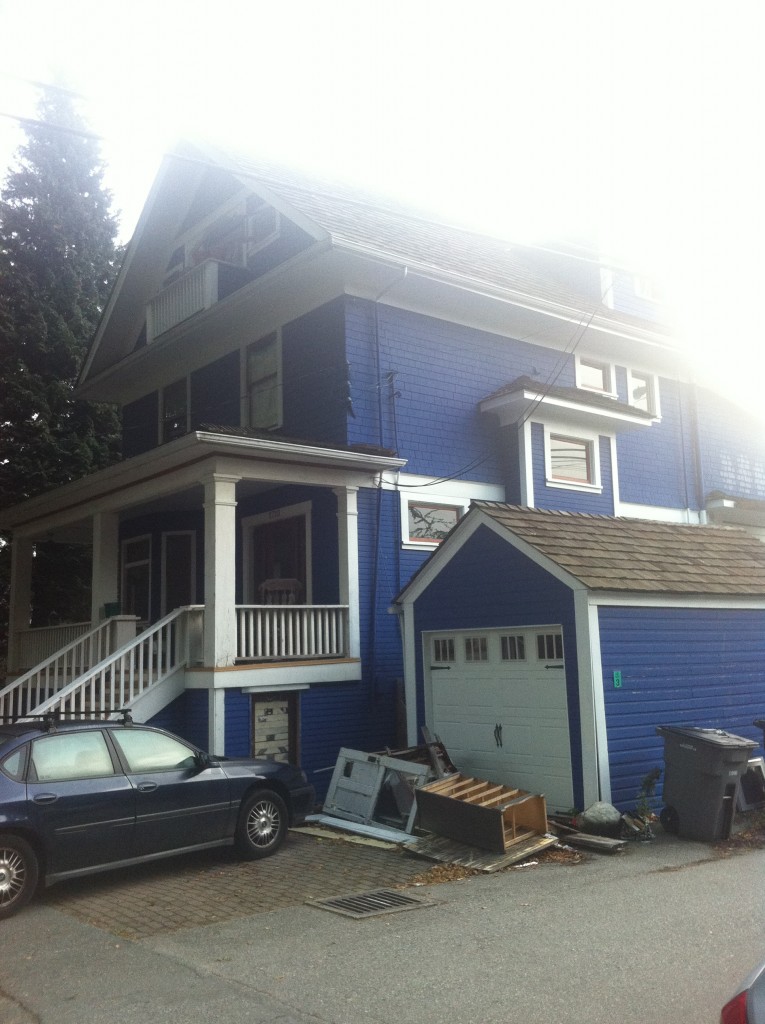