Can’t believe it’s been a year since I went to this amazing place – Hampton Court Palace. I’ve lived in the UK over 20 years and it too me that long to go there. I’d heard about it over the years, but it isn’t in the city centre, but it’s worth the trip there! Glad it’s not taken me as long to write this blog post about it.

Great day out for the whole family or solo…

I was on assignment – as a cat sitter. I’d taken this one, just because I was determined to go to Hampton Court Palace. I was in walking distance. The things I’ll do, just to do something I’m curious about. Well, I’m so pleased that all the hype I’d heard was worth it!

This is a great place to spend a very full day with or without your family. I was solo, which made navigating crowds on a beautiful sunny April day easier in the busy parts. My suggestion is going early and do the Henry VIII apartments 1st when there are less people, then go through the rest of the palace. Do make time to see the whole palace. I say this because, you actually get 3 palaces in 1! This is what I found so amazing, you really get to know some history periods which were all influential, but you may be surprised as to why and how. 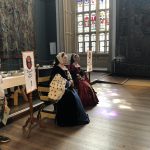 Actors playing their part as some of the wives of Henry

I enjoyed the Henry the VIII parts, they were pretty much what I expected with live performances by actors, which are good fun to watch and the corridor where there are ghosts. I’ll tell my tale further below. The history is very familiar with a few parts that really surprised me. They were about the period long before all the changing of the wives – the oldest part of the buildings. Where a lot of England’s stable monarchy started, it had little to do with Henry, more to do with his 1st wife and his 1st advisor.

My favourite parts were the William III and Georgian parts of the palace. Now these monarchs I knew less about and it was great to see the changes they made, not just in the palace, but to England’s rich history. So, make sure you do make time for these areas.

Kitchens worth a look…

Now the old kitchens are worth walking through and getting an idea of how large the staff would have been in these amazing kitchens.

Oh and don’t forget to stop at the cafe where you can have the traditional steak pie for lunch which they bake right on the grounds.

Gardens worth a gander…

If the great outdoors is more your thing, then a walk around these gardens is worth it. They also reflect the different monarchs who lived within this amazing series of buildings. They weren’t as big as I had expected, so very manageable to get around or there is always the buggy and horse ride (at an extra cost). 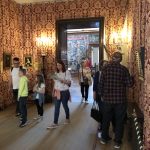 Well, there was only 1 part of the palace which was very cold, and it didn’t matter how much sun was streaming into it or the heaters were working. It was freezing. It’s a small corridor which leads between rooms.

Catherine Howard – beheaded for adultery – was locked out the day Henry III decided to execute her. She had been locked into her room but managed to get out and got as far as this corridor. Now, this isn’t explained when you go into the room. After, when I mentioned this cold room to a friend…

Well, that’s when I shivered, she had said the story that this is the well-known spot where Catherine still walks and screams to speak with Henry. Plus, it’s always cold, doesn’t matter how warm it is outside. It’s always cold in that corridor. I know the day I went in – not knowing this – it

was hard for me to stay in that little corridor, I found it so cold.

Below is a gallery of photos of what I saw and what a perfect early April day. It was so nice to be out in the sunshine and discovering yet another part of London and it’s never ending opportunities to enjoy history and new things. 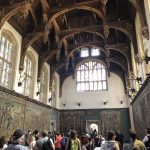 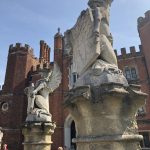 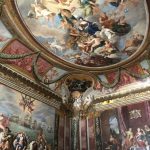 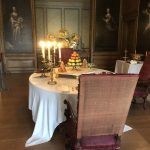 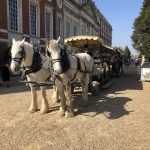 Horse and buggy to take you round the gardens 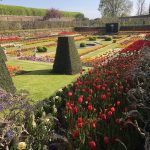 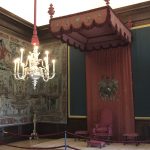 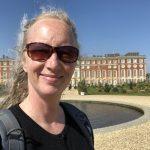 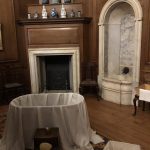 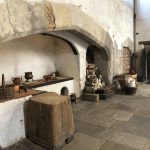