Living in England and with my ancestors coming from Ireland I found Dublin is calling to me quite often.  It is normally only a short flight to Dublin. However, we went once over New Year and the flight was delayed for 9 hours due to wind. Aer Lingus was a nightmare with no information or ground staff to assist except for someone who did not even work for the airline. Worse service we ever had with any airline. On other flights to Ireland with other airlines we had no problems and have visited Dublin several times.

The centre of the city is a living museum from Trinity University, Dublin Castle to Saint Patrick’s Cathedral built-in 1220 and resting place of Jonathan Swift author of Gulliver’s Travels. In this post we will talk about five places we love to visit when visiting Dublin and also two options for accommodation.

Getting from the airport to Dublin

Dublin airport has excellent links to downtown Dublin. There are several bus companies and we have used the Airlink 747 bus which will take you directly to downtown with a few stops along the way. It costs  6 euros for a single or 10 euros for return. Tripadvisor has a good overview of all the bus companies and taxi options from the airport to your hotel as well as the costs for using the different operators.

If it is your first time to Dublin then consider purchasing a Dublin Pass for three days at 71 euros. The Pass includes free bus transfer from the airport and back as well as entry into 33 attractions around Dublin. However, it does not include transport to the attractions so you will have to make your own way to them. I think the pass is worth it if you are visiting the main attractions as well as saving time with the fast track and avoiding the pesky queues.

Where to stay in Dublin?

I have stayed at the Westbury Hotel in central Dublin. I was not impressed. It’s a five-star hotel but we had a small pokey room. Granted, I was there for business and the room was paid for by the host so I expect we got the cheapest one in the hotel. Facilities were all top-notch, breakfast was excellent and the location was perfect for sightseeing right in the heart of Dublin. 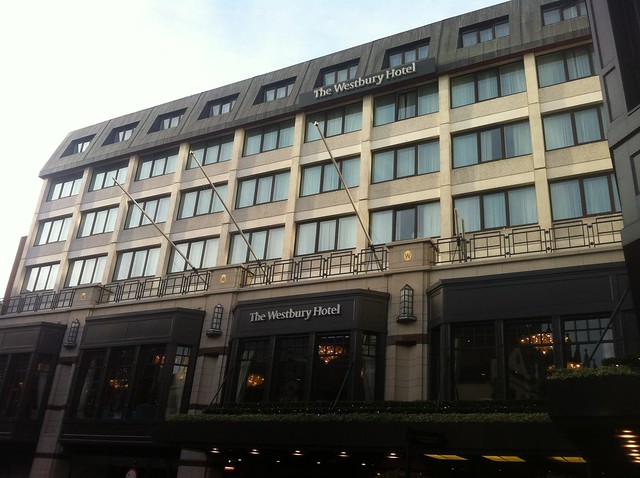 Another hotel I stayed at was the Best Western Plus Academy Hotel which is a little walk from the centre. This is a nice hotel but has a few drawbacks and the 1st is it’s near a nightclub. If you get the wrong room you will hear the music, we were lucky and had rooms at the back of the hotel so were not bothered. The facilities were good and not stellar. Breakfast was a buffet with lots of variety. This is a solid three star hotel. A big plus is that the hop on hop off bus started its route opposite the hotel which was brilliant. Another plus factor is that the bus from the airport stops directly opposite the hotel.

At the bottom of the pile but by no means a bad hotel was The Townhouse Hotel which is a combination of a hotel with backpackers next door. Ideally the Airport bus stops at the hotel. The actual house was built around 1808 and has had some colourful owners including an actor and on the walls of the hotel are playbills from his plays. This is a basic hotel and do not expect luxury but for a few nights and if your on a budget it is in a good location and I would stay here again.

Do this first in Dublin

Get a hop on hop off Green bus ticket. There are two tours and we have done both. The original route takes you to 23 stops and takes around 1 hour and 45 minutes. The second route takes you around the Dublin Docklands with 8 stops and takes 35 minutes. The ticket cost 22 euros for two days and you can get a 15% discount if you book online. I would advise to stay on the bus and do the Guinness Brewery first to get it off the list. We did the tour a few times including just staying on the bus and taking in the views. 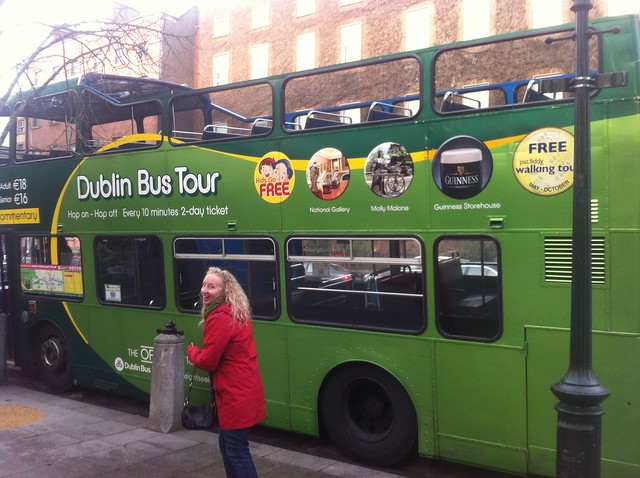 Our next post will discuss our five favourite places to visit in Dublin.