When I was working for the Holland House Youth Hostel in London in 1989 a few of us decided to go to Greece. The hostel is now privately owned and called Safestay Holland Park. Below is a photo of my boss and another of a few of us in the staff room. 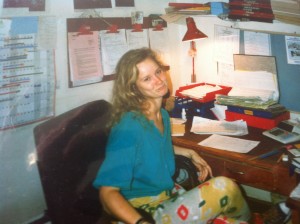 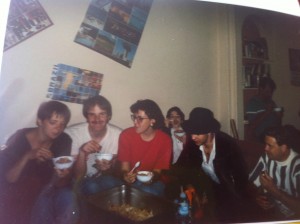 Our friends Julia and Alistair were already in Greece and we met them in Athens. It was still the time of the drachma and the queues to museums and sites were short. My mate Peter Aka Rabbit and myself flew out to meet them. In a previous post I talked about how I had a wee too much to drink the night before the flight and was not a well puppy. In contrast, Rabbit was showered, shaved and as clean as a whistle. I could only be described as hideous and it was not helped when we got on the wrong train and then when we changed to the correct train I dry heaved most of the way to Heathrow. Happily, the flight was not full and the kind stewardess took pity on me and gave me a row of seats where I slept most of the four hours.

On arrival at Athens, even with my dishevelled unshaven appearance I was welcomed with open arms into Greece. Rabbit on the other hand was thoroughly searched. We then met Julia and Al at Omonia square in Athens and went to a nearby pension and polished off a bottle of Retsina or pine Dettol to the uninitiated. We then spent a lovely few days exploring Athens, the Acropolis, the National Archaeology Museum and had a particularly lovely meal at the rooftop Eden Restaurant. I found a photo of us eating a fish that was first put on fire in front of us much to the delight of Julia as can be seen in the photo and yes she was swearing. 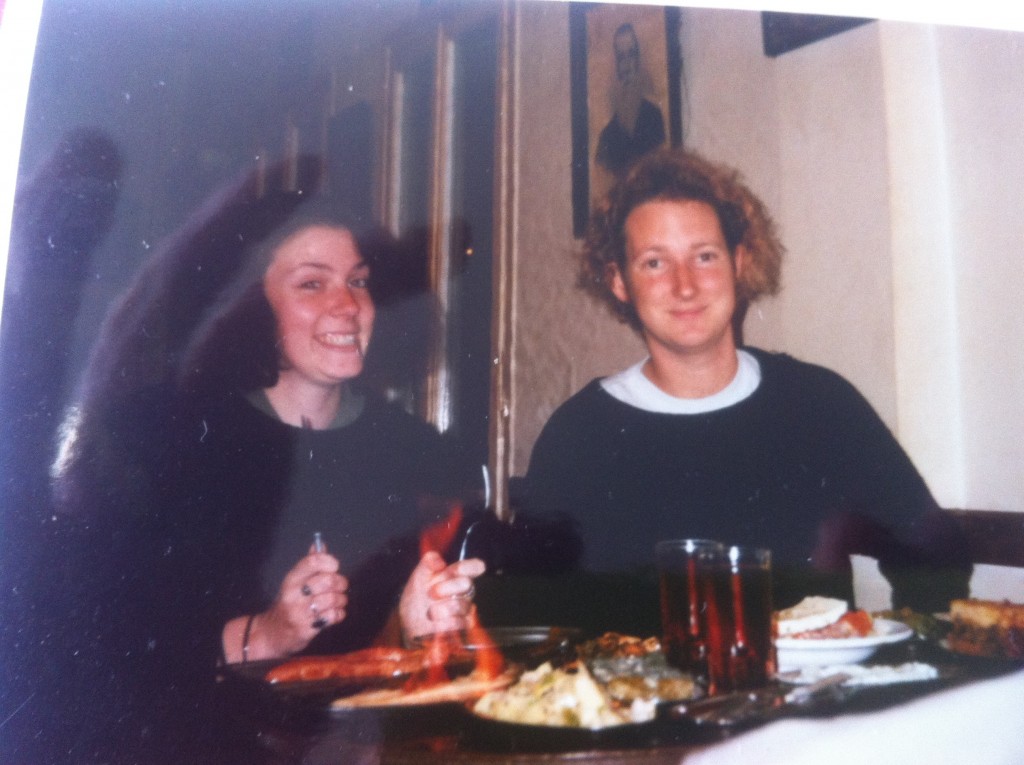 Our next stop was Crete by a ferry called bizarrely The Festus. 12 hours later we were in Crete in the capital Heraklion. We visited Kinossos rebuilt by a mad Englishman using concrete. Rabbit picked up a piece of concrete here and as far as I know he still has it in Australia. I am not sure why he wanted a 100 year old piece of concrete.

We stayed a few days in the lovely city of Heraklion which has a lovely waterfront to stroll along and you can see the castle. Down the road a bit at the city of Rethymnon (thanks Julia my memory is not as good as it was) we had a bit wee much to drink one night and I ended up leaving my passport and wallet at the bar we were drinking. Happily Peter was in the bar till the bitter end saw my jacket as he was leaving and grabbed it. He staggered home and used my jacket to throw and hit the window to awaken us to let him in. I slept through all this but awoke thinking where is my money and passport and there it was on the chair beside me. While I was having a shower Rabbit decided that he needed to use the toilet which was above the shower, to give the ouzo from the night before a new home. Not a pretty sight. I am so glad I was wearing jandals. He then decided he wanted to dye his hair black or he may have done that in London according to his memory but then again we are both getting older and the memory does play tricks. 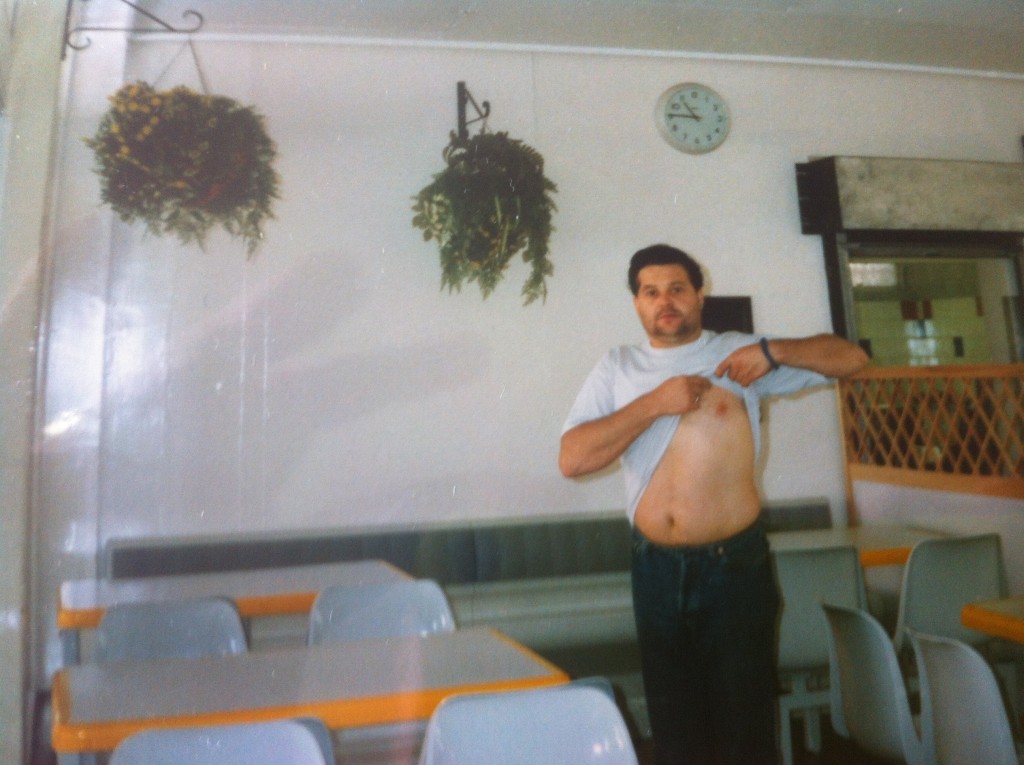 After a few days of enjoying the nightlife and sights of Heraklion we decided to go to Matala.

Matala is a small coastal town on the south of the island and it was deserted as we were there in November. I enjoyed the peacefulness of it after being on reception at Holland House for several months. Back then Matala was a small quaint town now it is still quite small and not as over developed as the bigger resorts. We were literally the only tourists there apart from a few other people and there was only one restaurant open. It became our regular along with a bakery in the mornings where I developed a life time love for spanakopita. There were some amusing incidents in Matala. One stood out. Myself and Al one night were feeling particular energetic and decided to climb the hill to get a better look of the town and surrounding scenery. I do recall an amazing blood red sunset and then we heard a swearing Australian accent and the silence broken by bells and sounds of goats bleating. Suddenly over a hill came a herd of running goats with Rabbit behind them like a shepherd from the past.

After a week or so we said adieu to Al and Julia as they continued on their return to New Zealand via Egypt and we returned to Holland House in London.

0 thoughts on “Athens, Crete and my mad mate Rabbit”