On our way to South Dakota we had plans to visit Cody so I could see the Buffalo Bill Museum.

The Journey to Cody

We left Gardiner and drove through Yellowstone via the Lamar Valley. The Lamar valley is the best place for spotting wolves in Yellowstone although we saw none the day we travelled through it. The valley is lovely with wide open spaces. Our drive to Cody was on the Chief Joseph Scenic Byway and took us over Dead Indian Pass where there were some spectacular views of the countryside. 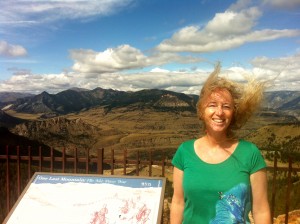 Top of Dead Indian pass it was a bit windy 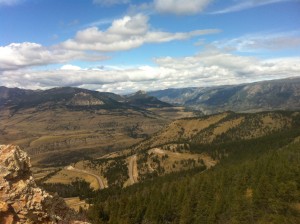 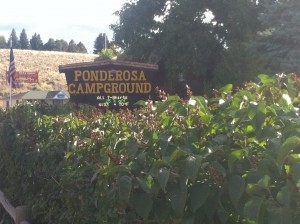 Our new home for one night

In Cody we stayed at the Ponderosa campground on the town edges and only a five or so minute walk to the Buffalo Bill Museum. The campground was good location wise but the bathrooms were a bit tired. It also is beside a main road although I noticed no noise during the night and slept well. It cost $50 a night for the four of us.

The Buffalo Bill Museum is the main tourist attraction in Cody and attracts 200,000 visitors a year. It is open all year round and cost $18 for entry, however the entry ticket is valid for two days and there are five wings or museums to visit. I thought it was good value for money. The Buffalo Bill Museum gives the background and life of Buffalo Bill including his many ups and downs. He had a fiery marriage and was the world’s first superstar with his Wild West show that played throughout Europe. There was even a private show for Queen Victoria. The Cody Firearms Museum has lots of guns and a few stuffed animals of every description. 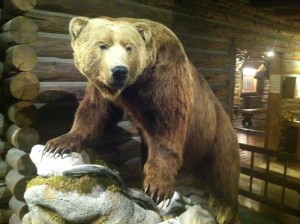 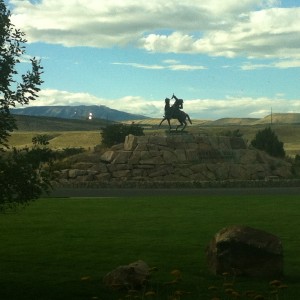 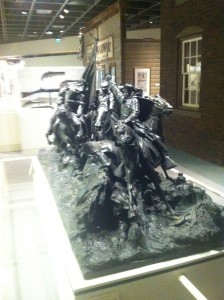 Draper’s Natural History Museum has some interesting exhibits and information about the fauna, geology and problems facing the environment. Whitney Western Art Museum has some wonderful paintings and bronzes. The Plains Indian Museum had several exhibits of the life of the Indians. Although I felt it did not really show the conflict with the settlers.

All in all you can spend a few hours wandering around the different museums and learn a lot about Buffalo Bill. 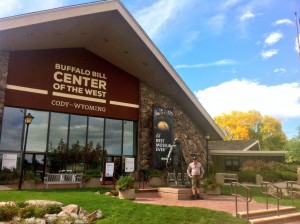 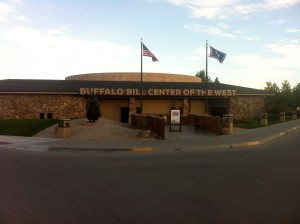 We also went into town and visited Buffalo Bills daughters historical saloon called Irma but it had been converted into a restaurant. The bar attached was a small one and not in the style we expected of the old west. The next day we headed toward Ranchester for a jump off point to Custer’s Last Stand site.