Things to do in Auckland

Another busy week in Auckland. We left my brother’s place to stay with my niece and her partner in Howick a suburb of Auckland. There are a lot of things to do in Auckland some touristy and others a bit more local.

Our 1st day we visited the Howick Historical Village and met 1 of Auckland’s celebrities – the Mad Butcher – who was doing some filming for a documentary at the village.

The village itself is charming and like stepping back into the past without the smells of people living in tents and using outdoor latrines. 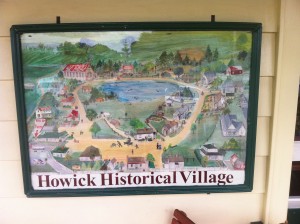 Map of the village 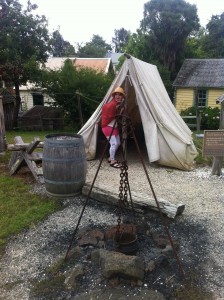 What the settlers arrived too 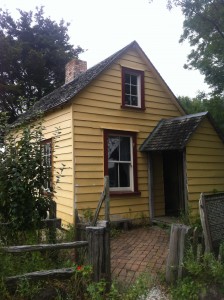 What the settlers eventually built. A kauri house 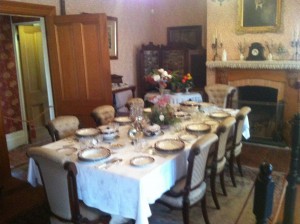 Dinner setting in the main house

Howick Historical Village was established in 1980 as a recreated colonial village in New Zealand. The era it recreates is between 1840-1880 and covers 7 acres.

They have lots of original restored kauri buildings. On the day we visited, there was filming for a documentary.

It was interesting finding out the history of Auckland and how Britain feared France may try to take over New Zealand. The Government of the day made all sorts of Pollyanna promises to 2500 ex-military men and their families if they moved to New Zealand, such as new houses awaiting them. Settlers were known as the Royal NZ Fencible Corps.

Boy, did they get a surprise on arriving at their new home! The houses promised turned out to be tents.

You can spend a pleasant few hours here exploring the village and about the history and day-to-day activities of a New Zealand colonial village.

It cost $15 each entry, however we had a 2 for 1 coupon from a book we picked up at tourist information. If you have small children there are lots of things for them to do. 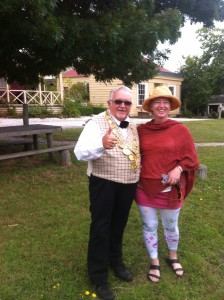 In the afternoon we drove around the bays of Auckland.

We spent some time visiting Michael Savage’s Memorial near Bastion Point and drove up to the summit of Mt Eden to enjoy some more views of the Auckland city skyline and surrounding countryside. 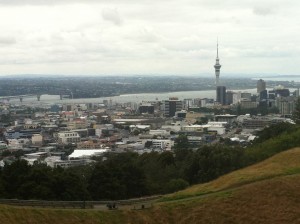 View from top of Mt Eden 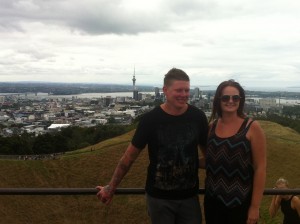 Dan and Courtney on top of Mt Eden 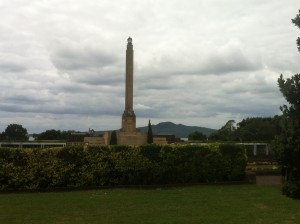 The next day we drove out to Hunua Ranges to look at Hunua Falls.

It was a bit odd as there was a group of surveyors there mapping the bottom of the falls. They were doing this as people sometimes jump off the falls and get sucked down under the falls and the police divers have problems finding the bodies. This is due to the muddiness of the water.

Afterwards we drove to Daniel’s parents farm where Debbie got to do a bit of a chicken whisperer and see some pigs.

After that, we drove to Karioitahi beach which is a black sand beach and enjoyed a walk along it. Then a drive back through the countryside and a stop at Waiuki for a nice meat pie. 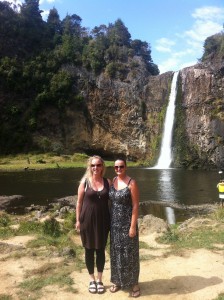 Debbie and Courtney at Hunua Falls 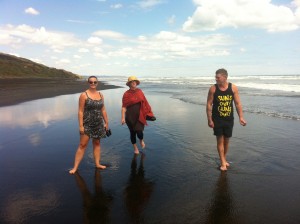 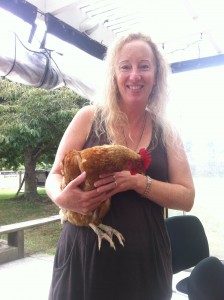 Rangitoto Island is 700 years old and a result of a volcanic eruption. The island is circular with the summit 260 metres high and covers 2311 hectares. Best time to visit the island, which has the largest Pohutukawa forest in the world, is between November and January. You can see the tree’s in bloom. They are known as the New Zealand Xmas tree.

How to get there…

To get to Rangitoto we took the metro into Auckland’s Britomart Station. From there it is a short walk to the ferry terminal. Cost of an adult ticket to Rangitoto Island is NZ$30 return, we did have a coupon from the tourist A-Z of Auckland which saved NZ$3 for one adult. The ferry goes 1st to Devonport to pick up other passengers and then to the island. It takes around 45 minutes. We left at 9.15 am enjoying a nice ride across the harbour.

On arrival we immediately headed up to the summit of the volcano. There are some lovely views going up to the top and the track is easy. It takes a leisurely hour to reach the summit. From the summit there are views of Auckland and you can also do a short walk around the rim of the volcano.

Afterwards we took a detour on our way back to the wharf to explore the lava caves which you can walk through 1 and scramble through the other. Well worth the detour.

We were lucky in seeing a saddleback bird near the summit.

There is no food or drink on the island so we brought a picnic which we ate at the wharf while waiting for the 2.30 ferry back to Auckland.

It’s a great day out and a nice way to spend 4 and a half hours out of the city centre. 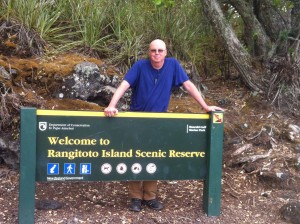 Made it to the Island 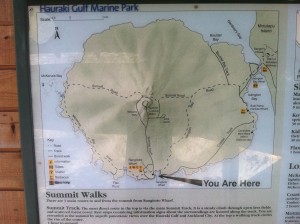 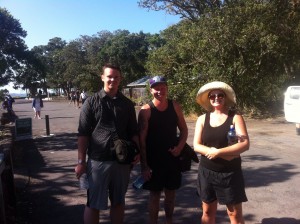 Sean, Dan and Courtney before the walk 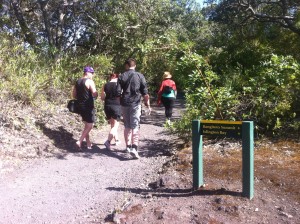 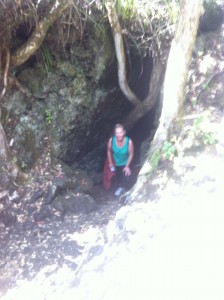 Debbie emerges from one of the lava caves 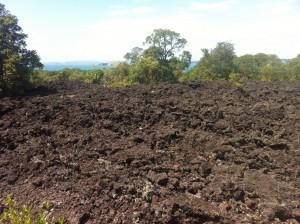 Lots of lava leftover from the eruption 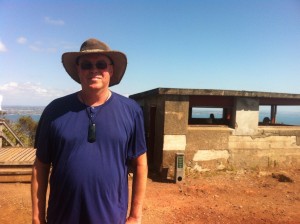 Made it to the top 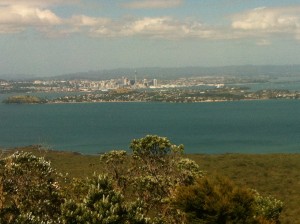 View from the top

The next day we went to Tiritiri Matangi which I am going to write in a separate blog explaining how to book an overnight stay on this Bird Sanctuary. Tiritiri Matangi is the only place in Auckland where you can see a wild kiwi in its natural habitat plus a plethora of other wild New Zealand native birds.

3 thoughts on “Things to do in Auckland”