We have been in Holland around a week and had a wonderful time. Our first stop was a hotel near Schiphol as we arrived late. Surprisingly, it was a nice hotel that took two short bus rides to get to but at 50 quid a night no complaints. 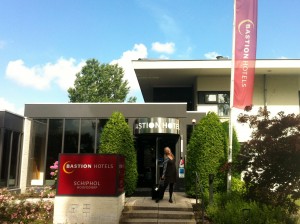 Our hotel near Schiphol 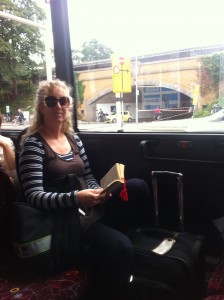 On the bus to Beringe from Weert

We then took a train to Weert and a bus to Beringe in Limburg which is a part of Holland that gets few international tourists. My father’s side of the family are from a village called Beringe. There are six other Beringe’s in Europe. I lived in Beringe several times and really like the area where there are lots of cycle ways to explore the surrounding countryside. It is also convenient that every few kilometres you will find a village with a cafe and cake. The best time to visit is in the spring or summer where the weather can be surprisingly hot.

The six Beringe’s of Europe

A bit of cycling in the countryside

We relaxed with a bit of cycling and visiting relatives. Debbie returned to England a bit earlier than me but before going back we visited my cousin Marita and her husband Wil in the south at a place called Landgraaf near Maastricht. There place is in an ideal location to visit Germany and nearby Maastricht to explore the old city and ramparts.

Where we slept in Marita’s little garden house

We ate lots of cakes

We spent a few days exploring the surrounding area with Debbie going back after we visited Valkenburg, Monchau in Germany and the highest point in Holland. Valkenburg mountain and I use the word mountain meaning hill is where three countries meet. The Netherlands, Belgium and Germany all in one spot known as Driehoek where you can have your photo taken and be in three countries at one time. There are also walking tracks, a maze and a few places to eat and drink.

The first stop was South Holland and the next one is Vancouver.