Coastal walk from Bondi Beach to Coogee Beach and back

We awoke to a cloudy but fine day in Sydney. Yesterday, we decided to go to Sydney’s iconic Bondi Beach. It is a famous surf beach and the start of arguably Sydney’s best coastal walk along cliff tops. Our first challenge was to find the railway bus to take us to the nearest working train station. The train station five minutes from us was closed due to weekend maintenance. In the end it was no great drama and we got a replacement bus to Sydenham and train to Bondi Junction and connecting bus to Bondi Beach. By 9.50 am we were on the coastal walk to Coogee beach via Bronte Beach. 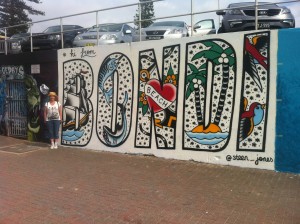 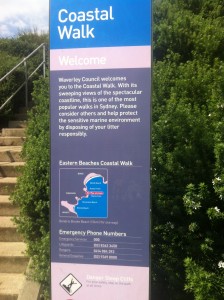 Information about the track 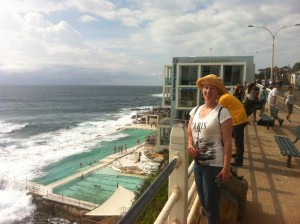 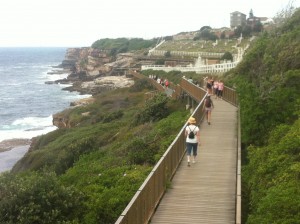 The Bondi to Coogee coastal walk is around six kilometres along cliff tops overlooking the sea and several beaches. We did not walk quickly and stopped many times for photos and brunch at Bronte Beach. There are some stunning views and the path is paved all the way. There are several staircases and steep parts along the track but nothing to difficult. To give you an idea of the time it took us, we left at 9.50am and were back at Bondi Beach at 14.50 or five hours later. This included a leisurely brunch at Bronte Beach and later a nice Japanese dinner at Bondi Beach. 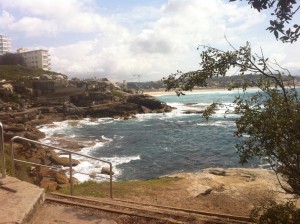 Nice view back to Bondi 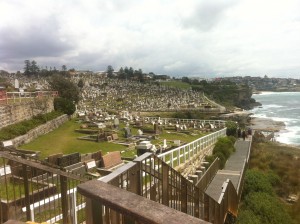 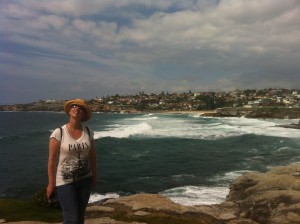 We had brunch at a lovely cafe called Bronte Bello a Brazilian restaurant. Instead of Brazilian fare we had corn fritters with bacon and avocado as well as acai berry cereal and a couple of beverages. It was a busy cafe on a lovely Sunday morning. Service was good and our meal came to A$ 41.00. 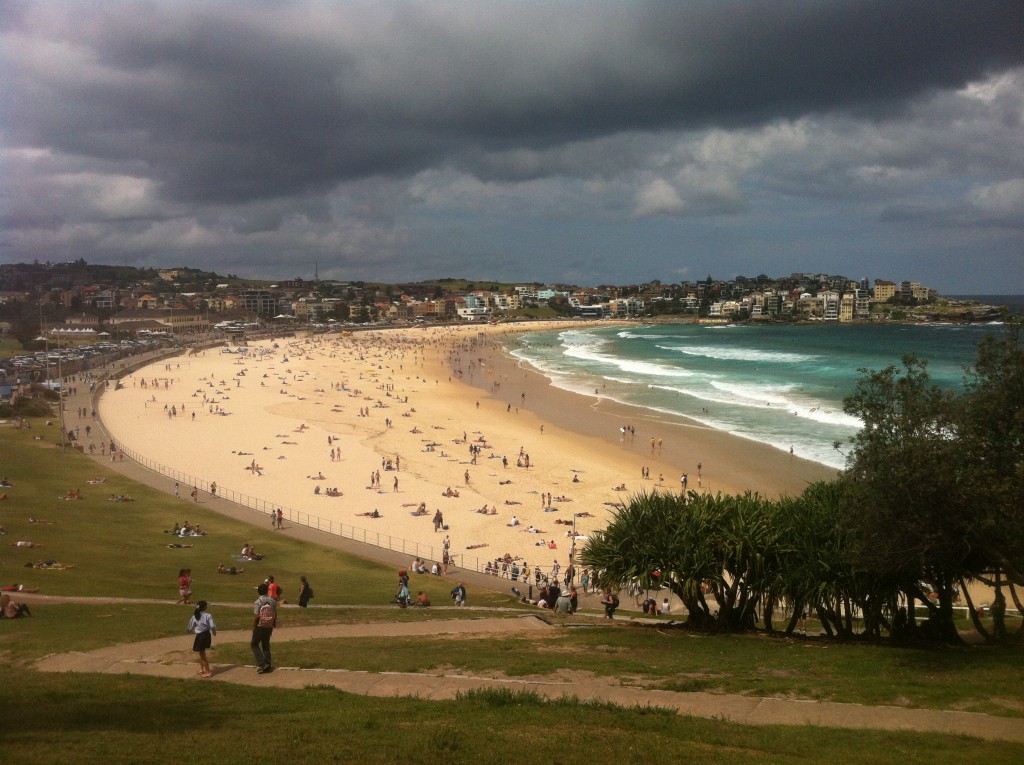 Bondi Beach caught by the sun

On our return to Bondi Beach we decided to have an early dinner at a Japanese restaurant called Soy. I had sushi and sashimi, Debbie had a vegetarian roll. Both meals were delicious. We opted for soft drinks and our total bill was A$ 40.00. 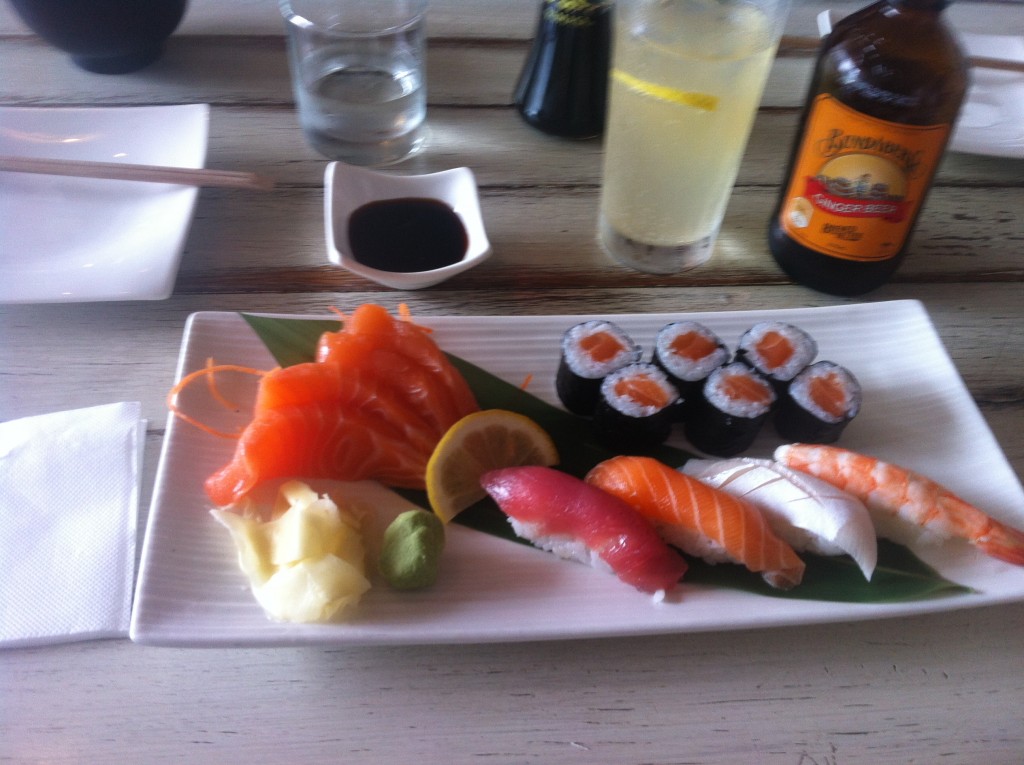 If you ever visit Sydney I would highly recommend you take the time to walk from Bondi Beach to either Bronte Beach or Coogee Beach. The views are truly wonderful.

What did the day cost?