A visit to Everglades City

We left Peace River where we were staying at a campground for a visit to Everglades City. About 500 people live in Everglades City so by no stretch of the imagination is it a city. The location is ideal on Chokoloskee Bay with the nearby 10 000 Islands.

We were lucky as the area has a tropical savannah climate which means warm dry winters and hot humid summers. In the summer, mosquitos would definitely be around and we managed to avoid that pleasure. The Tamiami Trail, Highway 41 or better known as the original alligator alley passes just 5 miles north of Everglades City. The city has several restaurants and a couple of motels and Bed and Breakfasts as well as the location of the Everglades National Park Visitor Centre and several air boat tour companies.

The Everglades National Park is 1.5 million acres so it pays to do a little bit of research before you arrive and decide on what you want to explore and do.

We stayed at Ivey House located off the main road. It was a lovely hotel, our room was large with 2 Queen beds, clean and the beds were very comfortable. There was a pool outside our room. Breakfast was continental with a wide variety and ample to set you up for a busy day in the Everglades. It cost us US$109 a night and I wrote a review of our stay. 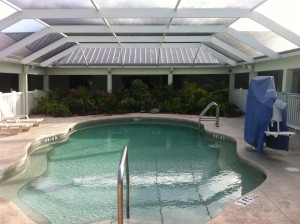 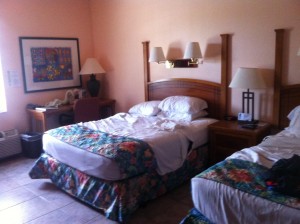 We spent 3 days around Everglades City and did an air boat tour, several walks at Big Cypress Park and a boat trip out to 10 000 islands where we were lucky to see dolphins. We saw a lot of bird life, a snake and many alligators. We chose Captain Jack’s air boat ride and did an hour-long trip in the mangroves which was a lot of fun. There are several air boat operators in the city and they all charge the same in a beautifully designed oligopoly.

It cost us $39 each for the hour air boat ride. We also did a morning boat tour for an hour and half which cost $33 each. It was a nice boat trip taking you out to the islands and Gulf of Mexico. The highlights were dolphins and, for me, the bird life – in seeing several species I had not seen before including cormorants. 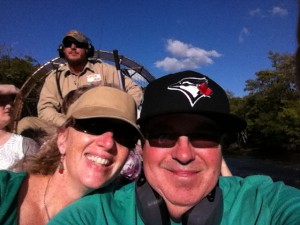 On the air boat 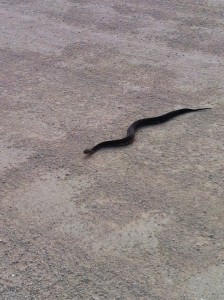 Snake on the road 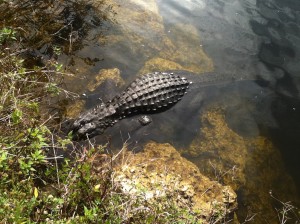 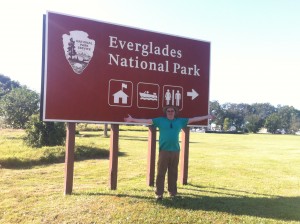 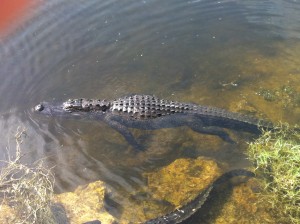 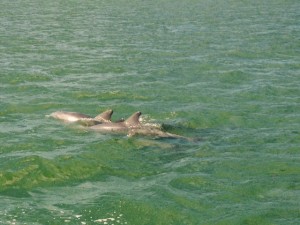 We ate at several restaurants and my favourite was the Havana which is just down the road from Everglades City at a place called Chokoloskee. I had a great meal there enjoying the local delicacy stone crabs with a pina colada. 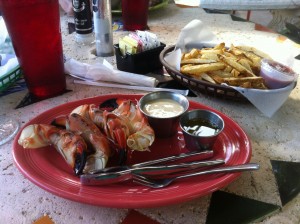 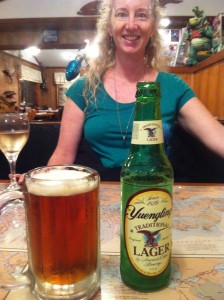 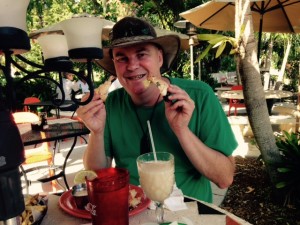 I also enjoyed Camellia Street Grill restaurant which was a few minutes walk from our hotel. I tried a mullet entrée which was tasty. I asked the chef about why it tasted so good. In New Zealand we use mullet as a bait fish. He told me it was because they feed above oyster beds which gives the flesh a distinctive flavour.

Avoid the Oysterhouse restaurant we ate their the 1st day and were unimpressed. It is where tour buses stop so the food is made quickly and they avoid putting prices on the menu for stone crabs and other fish quoting market price.

We loved our visit to Everglades City and would love to come back to the Everglades and spend some more time exploring this beautiful area.

There are several kayak trips you can do including 1 down to the town of Flamingo on the coast which takes around 9 days. You can hire kayaks for the day and go out to 10 000 Islands. However, you need to go out on the low tide and come back on the high tide otherwise you could get stuck out there because of the strong currents.

My advice is to plan a visit to Everglades City in advance and come around November or early to mid-December if you can or even a bit later as the temperature was lovely, lot less people and it was not too humid.

Where’s your favourte hot spot to go, when the winter chills come a blowing?  Share below: 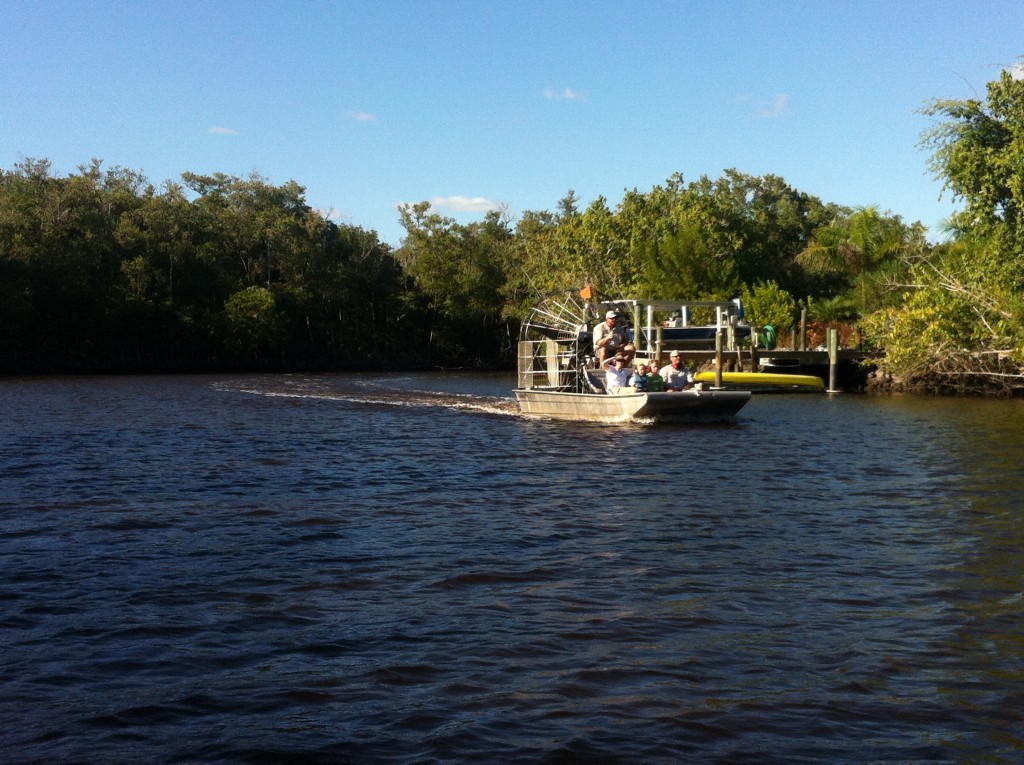 2 thoughts on “A visit to Everglades City”